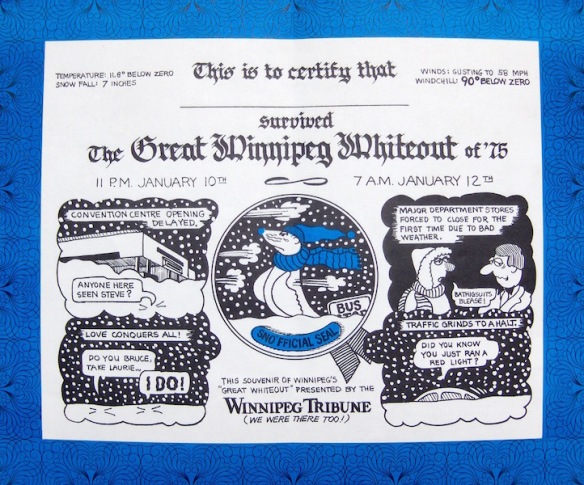 Much talk yesterday, amid new snow, of the April 5, 1997 blizzard that brought on the flood of the century. Which inevitably leads to thoughts of other great storms. There was the epic March 4, 1966 blizzard, of course. But almost forgotten is the storm of Jan. 10, 1975. It had all the prerequisites too: zero visibility, wind chills dipping to -90 degrees at times, and waist-high drifts of snow. The city was paralyzed for three days. Unlike in 1966, when Eaton’s and the Bay became overnight havens for people stranded downtown, the department stores closed early on Friday night when the 1975 storm began and did not reopen until Monday. The Winnipeg Tribune issued this playful souvenir, which turned up recently during a cleaning binge in a friend’s basement.